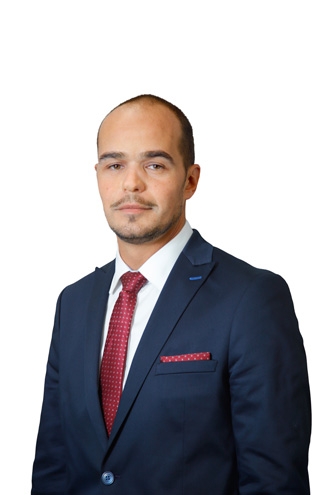 Krasimir Dimitrov has gained more than 15 years of experience in auditing and control on EU funding.

His professional career begins as an internal auditor and builds up to the Director of the Audit Directorate at the National Audit Office of the Republic of Bulgaria, responsible for the overall management of compliance audits. During this period, he performed managerial functions in the first and largest Internal Audit Department in the central government administration, and subsequently oversaw the work of more than 100 auditors of the Supreme Audit Institution, based in the Headquarters and in the branch offices of the major cities in Bulgaria.

Krasimir Dimitrov holds a Master’s Degree in International Economic Relations and has completed a number of trainings and specializations in Germany, Belgium, the United Kingdom, Portugal and others. For several years he has been a member of the Committee on Training and Certification of the Institute of Internal Auditors in Bulgaria and a frequent lecturer during trainings in the field of audit, control and prevention of irregularities and fraud, organized by professional organizations, universities, ministries, municipalities, etc.